We at RC Enterprise
believe that
Pure is
beautiful... 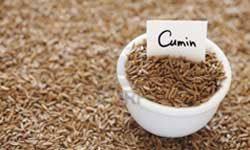 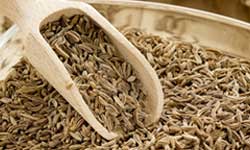 Cumin (Cuminum cyminum) is a flowering plant in the family Apiaceae, native from the east Mediterranean to South Asia. Its seeds (each one contained within a fruit, which is dried) are used in the cuisines of many different cultures, in both whole and ground form. It also has many uses as a traditional medicinal plant.

Uses:
Cumin seed is used as a spice for its distinctive flavour and aroma. It is globally popular and an essential flavouring in many cuisines, particularly South Asian (where it is called jeera), Northern African, and Latin American cuisines. Cumin can be found in some cheeses, such as Leyden cheese, and in some traditional breads from France. It is commonly used in traditional Brazilian cuisine. Cumin can be an ingredient in chili powder (often Tex-Mex or Mexican-style), and is found in achiote blends, adobos, sofrito, garam masala, curry powder, and bahaarat. In Myanmar, cumin is used as a spice. In South Asian cooking, it is often combined with coriander seeds in a powdered mixture called dhana jeera. Cumin can be used ground or as whole seeds. It helps to add an earthy and warming feeling to food, making it a staple in certain stews and soups, as well as spiced gravies such as chili. It is also used as an ingredient in some pickles and pastries. 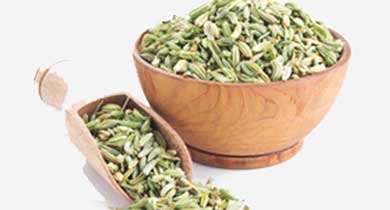 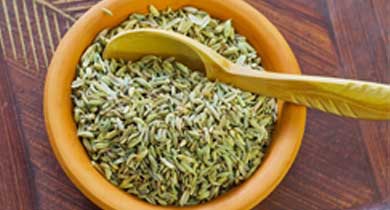 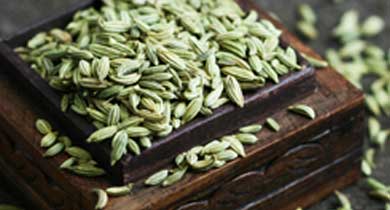 Fennel (Foeniculum vulgare) is a flowering plant species in the carrot family. It is a hardy, perennial herb with yellow flowers and feathery leaves. It is a highly aromatic and flavorful herb with culinary and medicinal uses and, along with the similar-tasting anise, is one of the primary ingredients of absinthe. Florence fennel or finocchio is a selection with a swollen, bulb-like stem base that is used as a vegetable.Fennel is used as a food plant. 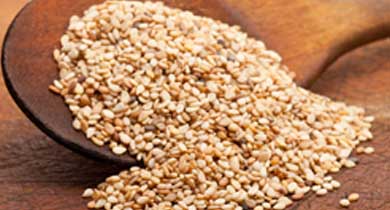 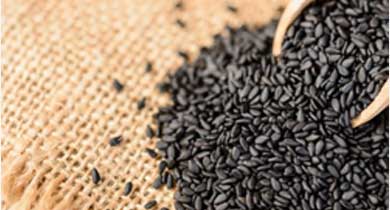 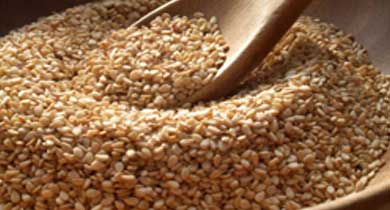 Sesame (Sesamum indicum) is a flowering plant in the genus Sesamum, also called benne. It is widely cultivated for its edible seeds, which grow in pods or “buns”. Sesame seed is one of the oldest oilseed crops known, domesticated well over 3000 years ago. Sesame has many species.Sesame has one of the highest oil contents of any seed. With a rich, nutty flavor, it is a common ingredient in cuisines across the world.